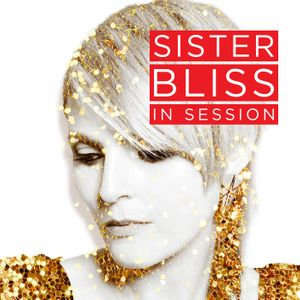 Sunday 5th: Final day of WCR's contribution to the festival 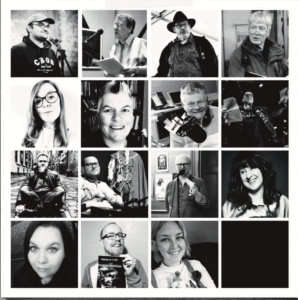 Mickey Angel (He/They) has been writing poetry since June 2016, beginning with what started originally as a farewell to an old friend heading back home. Since then, they have done many things: from being published within their first year, thanks to Beatfreeks, to hosting their own open mic show on Instagram during the pandemic year of 2020; as well as having their own poetry podcast on Spotify and even coming out as Non-Binary during the Commonwealth Games of 2022, when they performed on the Victoria Square stage during the celebrations. You can find them on Facebook, Instagram @thehiddenangel001 and on Spotify, where they do their Poetry Podcast, Angelic Sitdown, in which they interview their many guests from across the UK, and even a few guests from the States and beyond.

Gary is a past Staffordshire Poet Laureate, theatre reviewer, and creator of the Poetry Alight event in Lichfield, which has been running for over a decade and has featured some of the UK’s leading and emerging poetic talent. As Staffordshire Poet Laureate, he performed a poem about the racecourse on Midlands Grand National day in front of 25,000 racegoers and millions more on Channel 4 television, broadcast live, as poet in residence. He also had his epic poem on the Staffordshire Hoard performed at the New Vic theatre at Newcastle under Lyme.

Gary Carr is a writer and poet from Burton-on-Trent. He runs a writers’ group and events for writers. His first full collection, In a Town, was published by Dream Well Writing Ltd in November 2021, he is currently working on a second.

I’m an occasional improper poet from Walsall. I’ve been playing with words for most of my life and I surface from time to time at poetry events and festivals across the West Midlands, Warwickshire and Staffordshire. As a believer in entertaining and informed dissent, I am ready to raise a healthy political rant or two in these bizarre and unsettling times; usually in what I characterise as a ‘rambling narrative’ style, sharing my words with anyone willing to stop and listen. So far, I have conspicuously failed to organise my poetry into a published collection but, as with all my good intentions over many years, I have added that to my to-do list. Why change the habits of a lifetime? I’m looking forward to contributing to the Wolverhampton Literature Festival, when I hope to hear, enjoy and learn from some proper poets doing proper poetry properly.

Lisa Johnston is a Staffordshire poet who enjoys taking part in spoken word events, and is published in anthologies from Black Pear Press, Dream Well Writing Ltd and Cape Farewell. She recently started writing flash fiction, as part of Worcestershire Literary Festival, and has been included in their 2021 and 2022 anthologies. She has also taken part in the Staffordshire Literary Festival 2022 and Walsall Festival of Words 2022. Lisa takes inspiration from the natural world and is often found tramping the bridle paths. Her first collection of poems, Heart Lines and Life Lines, published by Dream Well Writing Ltd, features photographs taken by Lisa that compliment her poetry.

Dale has been writing for 30 years but his first first collection, "The Green Cathedral", was not published until 2017. This collection of contemporary fantasy stories was followed by 2018`s "Bramble and Other Stories" which is a collection of horror and science fiction. Since then Dale has featured in over 40 fiction and poetry anthologies from some of the best independent publishers around the world. In 2022 Dale released his 3rd collection, "Foundations", featuring a variety of short stories that have been featured in previously published anthologies along with a brand new, exclusive tale.

Dawn Jutton is the current Staffordshire Poet Laureate. Her emergence as a poet is no surprise, as words have filtered through her visual arts practice for many years: where the influence of the varied and rich landscapes of the Midlands shines through in both her writing and images. Dawn also digs deep into her memories of growing up as a forces’ child, and the challenges of coming out later in life, in her more auto-biographical poems.

Chris has been a director at WCRFM since 2019, and the chair since early 2022. He is also the community editor at the station and takes the lead on engaging with community matters via the statutory and voluntary sectors. All his work (as that of his fellow directors) is voluntary or pro bono. He has been a broadcaster since the eighties, first appearing with regular programmes on BRMB Radio in Birmingham. He has run his own neighbourhood regeneration consultancy for over 20 years and has been an accredited adviser to central and local government. His current work is focussed on community led initiatives, via the national Big Local programme. He also presents the Community Power Podcast on behalf of the Local Trust, which administers the Big Local programme. His background, as a Church of England priest, also gives him insight into faith communities and he regularly features people from the diverse faith communities within Wolverhampton, working closely with the Interfaith Forum. He is also a Fellow of the Royal Society of Arts, Manufactures and Commerce.

Poetry with WORD Stafford and Aston Society of Poetry with a publishing talk from Dream Well Writing Ltd.

Mel Wardle Woodend is a first year PhD student studying Applied Linguistics at Aston University and was Staffordshire Poet Laureate 2019-2022. Mel holds an MA in Creative Writing, is co-organiser of WORD Stafford and founder of Aston Society of Poetry. Mel is the director of dyslexia friendly publishing company Dream Well Writing Ltd: reflecting her passion for making reading and books accessible and enjoyable to as many people as possible. Her published poetry collections include Natural Colours (2017), Just a Thought (2019), short story Tabitha (2021), poetry anthologies One Hundred Memories (2019) in support of Alzheimer’s Society, Poetic Vision (2020) for Guide Dogs UK, Purrfect Poems (2021) for Cats Protection and a trio of anthologies on behalf of green arts charity There Is No Planet B Stafford. She has also written for children.

Blind Johnny Smoke is a founder member of UK electro punk act Flesh Eating Foundation, half of spoken word power electronics duo The Mannequin Factory, gong soundscapers Men With Mallets and weird electronica act Sideblinder. He also creates regular improvised soundscapes and chips in with the Murmurists collective when he can. Additionally, he is a deaf/blind filmmaker/photographer and sound tracker. He runs regular poetry events as WORD Stafford with Mel Wardle Woodend and is a keen supporter of all grass roots art forms.

Daniel is a vegan author and music producer who has cerebral palsy. He is also a cannabis activist and equality activist. He has always been interested in social justice and equality and believes everyone should have the opportunity to live their best life possible. He believes in the power of music to heal and connect people, and he is committed to using his platform to promote social justice and equality. His website is https://www.dk4poetry.com/ and his social media and YouTube channel is DK4 Poetry.

Ian is a Walsall artist, photographer, poet and singer songwriter. He has self-published several books of poetry and can be found attending the occasional poetry or acoustic open mic event. Ian also runs an open mic poetry event called Voices from The Fountain.

Marianne Burgess is from Stourbridge and has written poetry since she was a child. Her ambition was to release a book for her 50th Birthday - the result was Amateur Grammatics, followed by The Intolerant Cow the following year. She writes about topical subjects but like her heroine, Pam Ayres, she likes to write about the funny side of life. Marianne took part in the Black Country Broadsheet in 2018 and has performed at several festivals since. She is relatively new to the spoken word scene.

Leanne Cooper is a poet, and author from the West Midlands who, since her debut in 2017, has gone on to perform across the Midlands and Stafford; including the Wolverhampton Literary Festival, as part of Poets Against Racism. Leanne has been published both online and in print for various anthologies, as well as releasing three poetry collections of her own, with 50% of the profits from the most recent - Dark Days; Long Nights - going to mental health charity, Mind.

Anthony J. Ball is a new poet, writer and author from the West Midlands. Asleep at 3 AM, his first book, was released in 2020. He was the winner of the T.B.M Christmas Terror competition 2019 and has since been included in multiple poetry projects and published in several anthologies. He is soon to release his second book, a collection of short stories and poetry, which is yet to be titled.

Lisa Millard is a poet and writer from Leicestershire and together with her family runs a small animal sanctuary called Duckingham Palace. She began her poetry journey in March 2020 and has since been a finalist in WORD Stafford’s slam final, earning herself second place. More recently, Lisa’s poem ‘Black Swan’ won first place in the first ever Stafford LitFest Poetry Competition. She has also had poems published by The Wildlife Trust, Voices for The Silent and has featured in numerous anthologies published by Dream Well Writing Ltd.